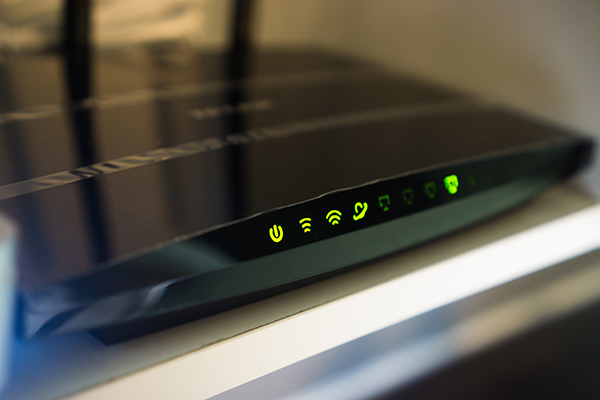 What Type of Router Do I Need?

In order to fully take advantage of Ashland Fiber Network's upload and download speeds, it's essential to choose a wireless router capable of delivering those speeds. If you have an older router, it's probably not capable of delivering the speeds offered by AFN. All wireless routers should be compatible with the Ashland Fiber Network. We prefer Netgear routers. Here's a quick overview of the terminology you may run into when selecting a new router:

Ethernet Ports
The vast majority of wireless routers have five Ethernet ports: one that connects to your cable modem and four that connects to your computers or other devices. Ethernet ports come in two options: 100 megabit and 1 gigabit (1000 megabit). For AFN plans that are more than 100 megabit, you will need a router with gigabit ports. Given two routers with nearly identical specs, the router with gigabit ports will be at least $25 more.

Wireless Technology
Just about every wireless router will say “dual band”. A dual band router means the router operates at both 2.4 GHz and 5 GHz. The 2.4 GHz band has further reach but is slower. It is also more susceptible to interference. The 5 GHz band doesn’t go as far but is much faster.

High-end routers feature tri-band which is one 2.4 GHz band and two 5 GHz bands.

You may also see routers that offer either MIMO or MU-MIMO. MIMO stands for multiple-input and multiple-output. The MU stands for multiuser. MIMO allows a wireless device to send and receive data to different antennas at the same time.

IEEE 802.11 is the specification standard for wireless technology.  Routers will list what standards they support.  Here are some common ones you may see:

General Tips
We recommend balancing your wireless devices between both 2.4 and 5 GHz bands.  For example, you may want your Apple TV on 5 GHz but your phone on 2.4 GHz.

Here are some examples of what the back of various wireless routers look like.  One port will be a different color.  That port will plug into your cable modem.  The four ports that are the same color are for your devices, like a computer, printer, or streaming box.